You are using an unsupported browser. Please update your browser to the latest version on or before July 31, 2020.

Your current skill level is indicated by a skill scorecard.

The stars and the % number indicate the estimated current performance level, based on the predicted probability of correct pronunciation of that skill.  The current performance number changes constantly as skills are acquired and as exercises become more difficult.  See also How-is-performance-measured 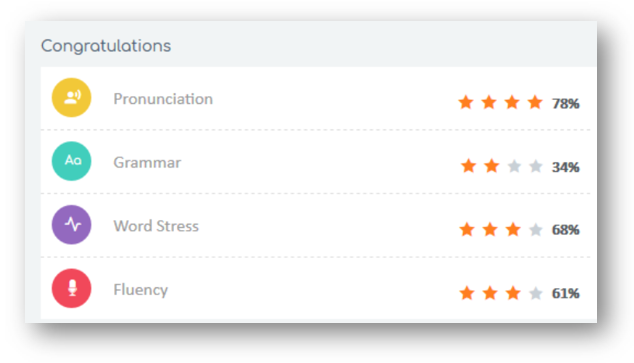 Your current skill level is indicated by a system of stars.

You will gain stars as your skill levels increase!

Feedback
0 out of 3 found this helpful